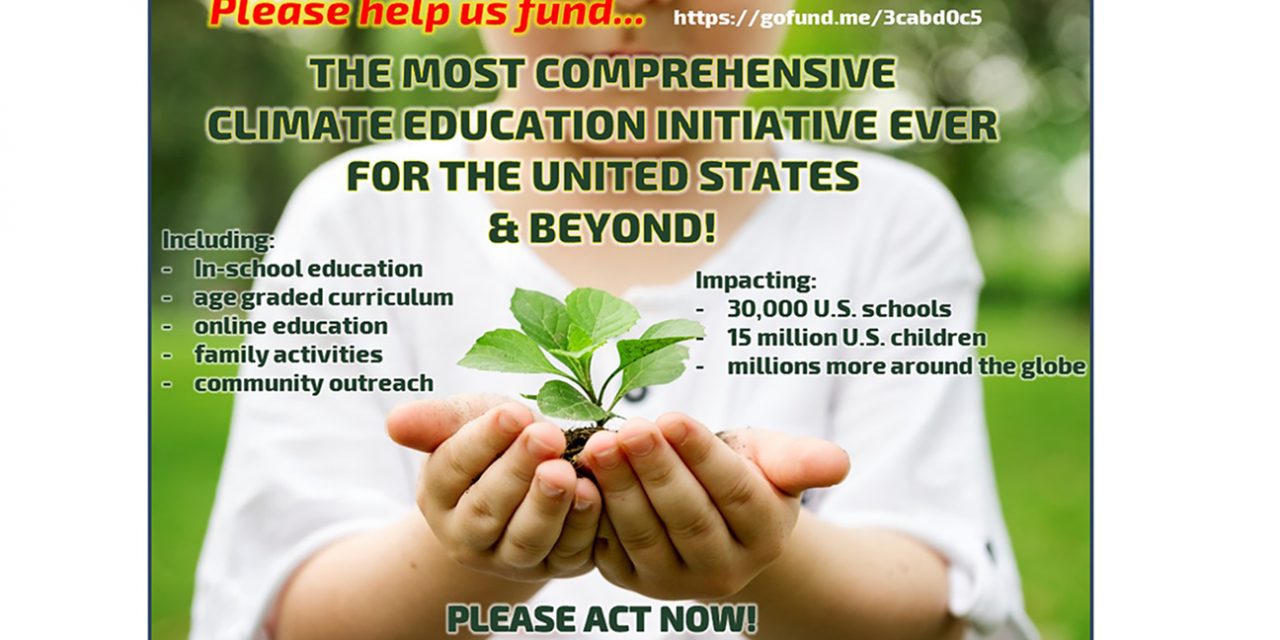 THE MOST COMPREHENSIVE CLIMATE EDUCATION INITIATIVE EVER IN AMERICA

Children’s and Family Entertainment mega-hit maker and producer Kenn Viselman, known for some of the most ground-breaking and successful children’s TV series of all time (including Thomas the Tank Engine, and Teletubbies and nearly 50 others),  is mad as hell and can’t take it anymore. And now his team needs YOUR help, through a newly created GoFundME campaign (https://www.gofundme.com/f/lets-change-climate-change), in order to establish The Most Comprehensive Climate Education Initiative EVER in the US, with plans to extend around the world.

Whether or not you personally believe in Climate Change is not the issue… the truth is that our children are gravely concerned about it. In fact, according to a recent study conducted by Bath University, 84% of kids around the globe are “worried” to “extremely worried” about climate change and fear that the world will not be here when they grow up. Many of these children are experiencing a potential mental crisis of epidemic proportions known as “Climate Anxiety.”

Viselman is executive producing the incredibly timely and imperative new children’s series, MeteoHeroes, the definitive series about Climate Education, already airing in 145 countries, and 22 languages (most of the territories associated with the Paris Accord).

The MeteoHeroes are a group of pint-sized superheroes, each of whom represent the seven continents and the different natural elements. Working in tandem to fight climate change disasters, our fearless heroes go to battle using their own unique superhuman abilities to save our planet. With humor and respect for its audience, the MeteoHeroes make the viewer part of the solution to the devastation they are seeing around them. The series’ brilliance is its ability to use humor to educate, empower it audience and is being used as a tool by child psychiatrists across the globe to help children deal with climate anxiety.

WHY START THIS GOFUNDME?

This Climate Education Initiative is being created to help children feel hopeful and realize that they have the power to change the world… with a global message to kids – “you don’t need to wear a cape to be a superhero.”  And because EVERY child in America and around the world is entitled to climate education.

“Personally, I always saw myself as an advocate for young children… not an activist and definitely not a political figure… I kept expecting our elected officials and the Supreme Court to step up and do their job to protect future generations.  Our nation’s kids are suffering and it is falling on deaf ears.  we need a comprehensive climate education initiative for every child between the ages of 4-10 years old in the country so our kids can feel more empowered and hopeful for their futures and that of the planet” Continues Viselman “Every day our governments don’t act is another day that children and their families around the world will be the ones who are going to suffer.”

Knowing that Governor Newsum was a huge supporter of climate education for America’s youth, Viselman arranged for a funds to be included in the most recent California Fiscal budget and was devastated to learn that the line item had been  secretly and anonymously eliminated by someone in Newsum’s administration either to undermine the governor or because they were clandestinely a climate denier.

Knowing the urgency of the situation as children are continuing to suffer and that it could take as much as another year to get the line item reinstated, Viselman felt he had no choice but to act now.

WHAT DOES THIS INITIATIVE INCLUDE?

This initiative, the largest of its kind, would include in-school age graded education for children 4-10 years old, onscreen education with online educational materials for children and their families and broad community outreach and the list goes on and on.

WHAT COMPANIES ARE COMMITTED TO THE INITIATIVE?

Frustrated as “heck,” Viselman had enough and decided to recruit KIDS FIRST!, a non-for-profit project of the Coalition for Quality Children’s Media, to be the fiduciary of the GoFundMe campaign. Along with KIDS FIRST! The following companies have already committed to bringing this climate education initiative to all corners of the earth.

The itsy bitsy Entertainment Company has already worked out agreements with producing partner, Mondo TV Studios S.A., one of the largest producers of animation in Europe, and Luigi Latini’s Meteo Experts, a global team of renowned meteorologists who have been studying the climate since 1995, as well as Adventure 2 Learning, the educational platform specially created and curated to support active learning in pre-kindergarten through 8th grade, to put this climate education initiative into 30,000 schools across the country with an age-graded curriculum for kids aged 4-10 years old… This alone would impact as many as 15,000,000 students in America and millions and millions more in at least the twenty other countries A2L already services across the globe.

Viselman has also teamed up with KVIE PBS to be the “presenting station” and is working with many of the PBS stations across the country for them to broadcast or stream MeteoHeroes in conjunction with an original companion series, Real Superheroes Don’t Wear Capes, to be produced with the cooperation of KIDS FIRST! The initiative will be implementing both on-screen and online educational materials, as well as creating opportunities for the PBS stations to be active partners in the community outreach campaign by bringing their audiences in as part of this initiative. We will also extend this campaign with our global partners wherever possible.

Wherever MeteoHeroes is being watched, Viselman and his international partners, Mondo TV Studios S.A. will offer elements of this education initiative. The age-graded curriculum will be made available to any existing media partner of the series, anywhere on earth, for them to share with their audiences and anyone else who wants to access this material on-line.

THE TIMELINE FOR THE INITIATIVE?

Viselman and the team behind this initiative are committed to starting work on the various
elements as soon as funding becomes available. The campaign will start immediately and
initial funds will be used for the development of age-graded curriculum materials and other production costs. The plan is for Adventure 2 Learning to have access to distribute MeteoHeroes early in the 2022-2023 school year. The rest of the initiative will roll out as the monies become available.

WHERE DO THE DONATIONS GO?

The campaign has a goal of 10 million dollars. All donations whether $10 or $10,000 go to KIDS FIRST!  are tax deductible and extremely meaningful.  And for every donation, regardless of the amount, MeteoHeroes will plant a tree in honor of the donation in one of the MeteoHeroes’ forest being established across the globe.

Viselman’s hope is to use the power of storytelling to change the world… with your help that dream will become reality.  If we don’t help our children…  who will?

KIDS FIRST! is a project of the 31-year-old non-profit (501-c-3) Coalition for Quality Children’s Media that evaluates, rates and endorses children’s feature films, digital media, audio recordings and television shows. KIDS FIRST!’s goal is to empower children to make wise media choices and to promote quality media products that enrich their lives. The KIDS FIRST! stamp of approval assures you the programming contains no gratuitous violence, no inappropriate sexual behavior, and no bias in terms of race, gender, culture or religion. 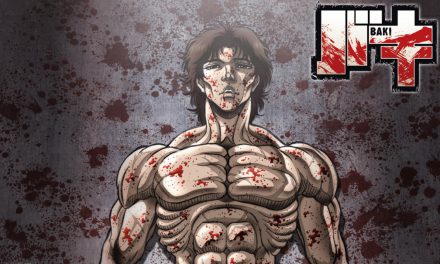 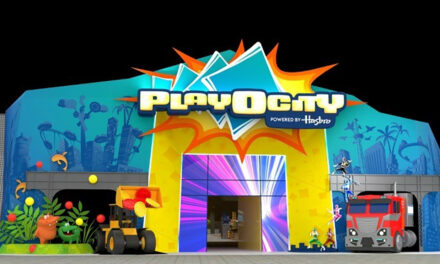 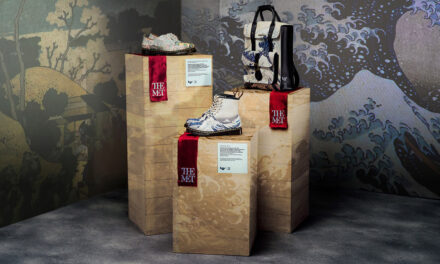 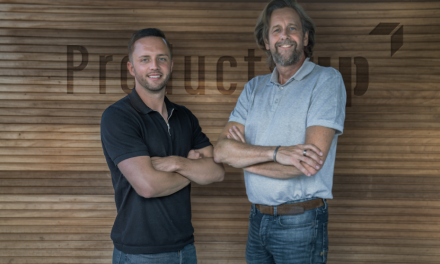